"I try to help people who are sad or scared.

There are all kinds of reasons why people are sad or scared, but I am interested in the things that have happened to people. 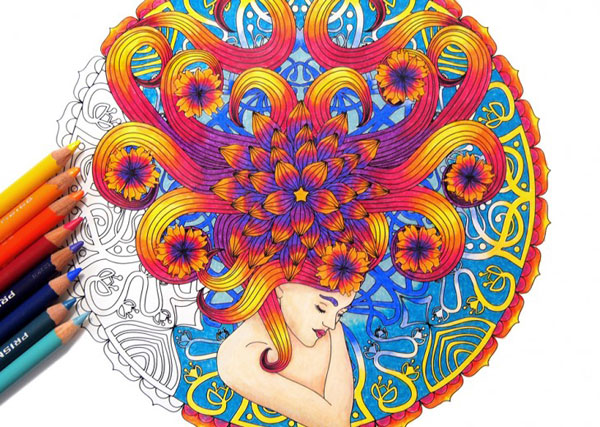 A case study has revealed colouring-in books for adults first caught on two years ago with bookshops around the globe devoting shelves to the generally childhood pursuit, and titles such as The Secret Garden topping Amazon’s bestseller list.

Whilst psychologists and therapists have been using drawing and painting with children for a relatively long time with a considerable degree of success the same methodology cannot be applied with adults.

Adult fans of colouring-in described the hobby as a calming relaxation tool with nostalgic undertones that they use to express creativity and unplug from the digital and screen heavy modern world.

Now, psychology researchers at the University of Otago in New Zealand have found there are definite mental health gains for adults colouring-in for as little as 10 minutes a day.

The study, published in the Creativity Research Journal, found the unusual past-ime could potentially be used as an accessible and cheap self-help tool to manage some symptoms of poor mental health.

Lead author of the study, Jayde Flett, said further questions needed to be answered to discover how and why colouring-in was effective. “It is often suggested that colouring-in induces a mindful or meditative state and is linked to reduced activity in the amygdala or changes in brainwave activity,” said Flett.

“But we showed that mindful activity wasn’t the driving factor of change because people who did the puzzles also became more mindful.”

The researchers tested 115 women aged 18 to 36 and found those who were assigned colouring-in tasks rather than other mind games reported lower levels of depressive and anxiety symptoms.