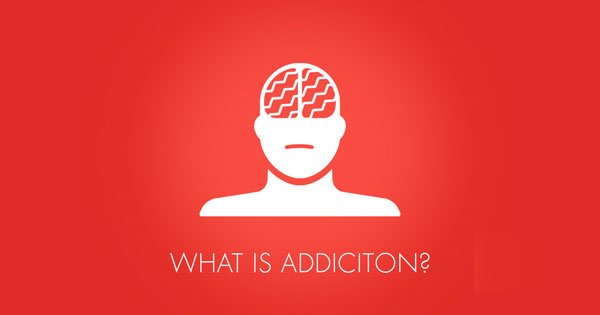 Addiction. Is it a disease?

There is no doubt that addiction causes mental and physical harm but is it a 'disease'? When a person drinks alcohol or takes drugs the brain releases the chemical dopamine which stimulates the ‘reward circuits’ of the brain. Thus the brain associates drinking alcohol and taking drugs with a pleasurable reward. The brain forms lasting memories associating drugs or alcohol with their reward and so the drug taking and drinking can become compulsive.

Once the addiction to alcohol and or drugs becomes established, neurochemical changes take place in the brain of the user which affect their self-control and decision making processes. Addiction to alcohol and or drugs has traditionally defined the term ‘addiction’, however people can also become addicted to other behaviours such as sex and gambling. These behaviours cause the same release of chemicals in the brain as a ‘reward’, and this is what the brain gets addicted to.

But does this make it a disease?

But does this make it a disease?

The modern disease theory of alcoholism states that problem drinking is sometimes caused by a disease of the brain, characterised by altered brain structure and function. The American Medical Association (AMA) declared in 1956 that alcoholism was an illness, further endorsing in 1991 the dual classification of alcoholism by the International Classification of Diseases under both psychiatric and medical sections.

Some physicians, scientists and others have rejected the disease theory of alcoholism on logical, empirical and other grounds.

Some physicians, scientists and others have rejected the disease theory of alcoholism on logical, empirical and other grounds.

Most critics of the disease model argue alcoholism still involves choice, not total loss of control, and stripping alcohol abusers of their choice, by applying the disease concept, is a threat to the health of the individual; the disease concept gives the substance abuser an excuse. A disease cannot be cured by force of will; therefore, adding the medical label transfers the responsibility from the abuser to caregivers. Inevitably the abusers become unwilling victims, and just as inevitably they take on that role.

They argue that the disease theory of alcoholism exists only to benefit the professionals' and governmental agencies responsible for providing recovery services, and the disease model has not offered a solution for those attempting to stop abusive alcohol and drug use.

These critics hold that by removing some of the stigma and personal responsibility the disease concept actually increases alcoholism and drug abuse and thus the need for treatment.

Everything you think you know about addiction is wrong

The dangers of Alcohol

Is Your Phone Making You Mentally Ill?

How I overcame Alcoholism

You must walk away

What Almost Nobody Knows about Addiction