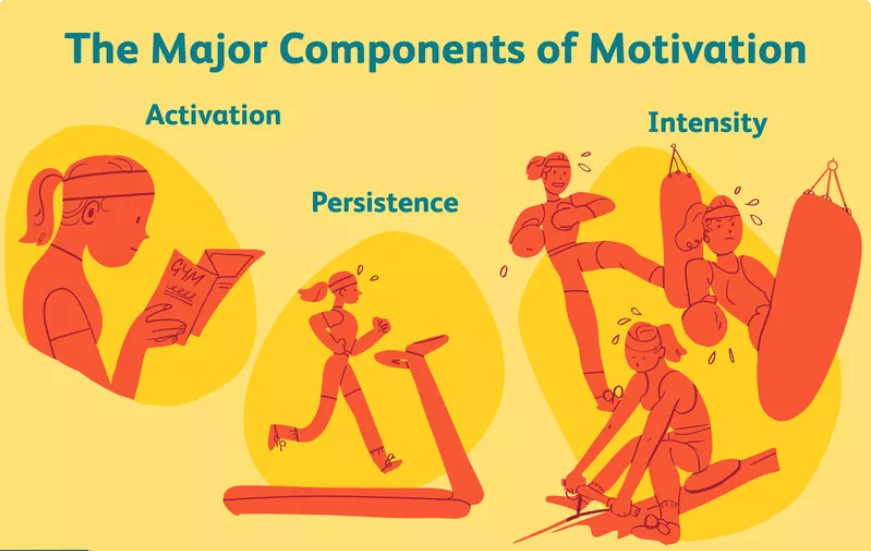 Motivation is the process that initiates, guides, and maintains goal-oriented behaviors. It is what causes you to act, whether it is getting a glass of water to reduce thirst or reading a book to gain knowledge.

Motivation involves the biological, emotional, social, and cognitive forces that activate behavior. In everyday usage, the term "motivation" is frequently used to describe why a person does something. It is the driving force behind human actions.

Motivation doesn't just refer to the factors that activate behaviors; it also involves the factors that direct and maintain these goal-directed actions (though such motives are rarely directly observable). As a result, we often have to infer the reasons why people do the things that they do based on observable behaviors.

What exactly lies behind the motivations for why we act? Psychologists have proposed different theories of motivation, including drive theory, instinct theory, and humanistic theory (such as Maslow's hierarchy of needs). The reality is that there are many different forces that guide and direct our motivations.

If you are going to try

First Hour of The Morning is CRUCIAL

How To Change Your Future

Everyone Has A Monster Hidden Inside Them

How Changing Your Story Can Change Your Life

How To Get Motivated